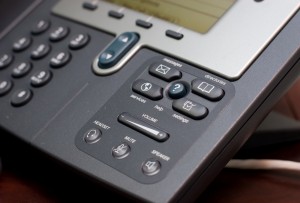 When professionals install high-grade business phone systems in Redding, it usually results in quick and efficient service. But before this occurs, the business management team must decide which type of telephone system should be selected.

Should it be a standard landline-based system, otherwise known as PSTN (Public Switched Telephone Network), or VoIP (Voice over Internet Protocol), which accomplishes all telephone functions through the use of an Internet connection?

Everyone has grown up with PSTN without realizing it. As children, every time we made or received a phone call at home we were using PSTN, simply known as the telephone company network.

While the basic principles of the inner workings of this system has essentially remained unchanged since the time it was invented by Alexander Graham Bell, it has proven to be a highly reliable way of transmitting and receiving calls to this day.

PSTN offers uninterrupted telephone access even if electricity in the building shuts down because it runs independently of the local electric power company, meaning you will still be able to conduct business during a power blackout.

Extra services such as call waiting, call forwarding, extra dedicated lines, extensions, and standard phone service are charged per month to the customer. Upgrades to the system may require new hardware installation and adjustments. Local calls and international calls are billed according to call volume.

Making calls over the Internet has been around for some time now but did not pick up in general popularity until these services were advertised on television and in magazine ads.

In the early days of VoIP, call quality suffered in addition to dropped calls. But since then, the technology and infrastructure for supporting this protocol has advanced greatly and the difference in quality between landline phone service and VoIP service is virtually indistinguishable.

In order for VoIP to function, a dedicated high-speed Internet connection is required. As long as Internet service is up, calls can be made and received with ease. But because VoIP depends on a stable Internet connection, if the power is cut from in-house routers, phone service goes down as well. Because of this, a UPS – or uninterruptable power source system – should be installed as a backup.

Check with the WT&S professionals in Redding for a free consultation if you’re considering a business phone system upgrade.