Business Internet 101: How the Internet Has Changed Your Redding Business 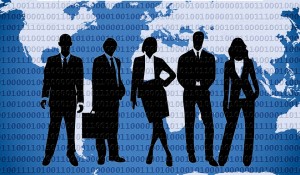 Up until circa 1995, business owners relied on signage, billboards, newspaper ads, flyers, and word-of-mouth referrals to grow their businesses. But then the internet arrived and everything changed. In fact, it’s changed so much that business internet for your Redding business is considered a mandatory expense–right up there with your water and electric bills. Here’s how business is done differently now.

Technological advances have caused some jobs to disappear. Dictation and typist jobs are obsolete, as well as switchboard operators, telegraph operators, and errand runners (who needs an errand runner if you can send a message across the world in a second?) With the rising use of internet-enabled communication, post office jobs are diminishing too.

With the advent of the internet, businesses no longer need to rely on snail mail to accomplish their tasks. Now, communication with customers, employees, and colleagues is possible with a few clicks. Instant messaging has replaced memo pads and email has replaced mail by courier, stagecoach, or boat. Now, a business can use videoconferencing or video chat software to connect with staff and customers on the other side of the country or even the other side of the world.

Now, it’s no longer enough to exist on the corner of Main and First Street. To be competitive with competitors across the street or around the world, a business needs to establish itself on Google with a full-fledged website and active social media profiles. Business internet is now the vehicle that drives business success.

Working from home is becoming a growing phenomenon. Businesses benefit by paying less in overhead costs and retaining high-quality employees that would otherwise leave or not be accessible because of distance. Employees benefit from having more flexible work hours and a broader range of job options. A Stanford study showed that remote employees were up to 15% more productive than on-site employees.

Online advertising doesn’t require all the expensive time and effort that traditional advertising (such as print, TV, and radio) requires. Now, with a few clicks, your ad can be promoted to a demographic of your choice on Facebook or show up as a pay-per-click ad at the top of Google search results for your target audience. For small businesses, especially, this is good news.

Where Does This Leave You?

Whether you’re mostly focused on local customers or you’re trying to snag customers from around the world, you will benefit from installing a robust business internet service for your Redding business that will be able to handle business in the 21st century. Don’t let your competition run off with your customers because they were more better online.